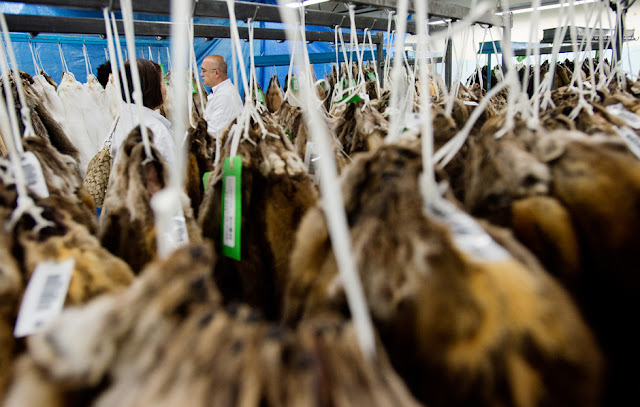 NORTH BAY, Ont. — Eugen Klein has a beer in either hand. He plunks them on the table, plunks a plate piled with lamb chops between them, and starts eating.
One chop, two, then a third disappear into his mouth, which is bordered by a bushy moustache and painted, most often, by a broad smile from a bear of a man who loves to talk.

NPCLICK TO ENLARGE
“I am happy,” Eugen announces, in an Austrian accent betraying his Vancouver-by-way-of-Vienna roots. “I have a plate of chops. Now, go ahead, ask me anything you want to know about the fur business.”
What I want to know, what every fur buyer at Grannittis restaurant wants to know is: how much? How much will the top polar bear skin fetch at the following day’s wild fur auction at Fur Harvesters Auction house in North Bay, Ont., one of the few places, anywhere on the planet, where an interested party can shop for a Canadian polar bear pelt?
Eugen is a master taxidermist. He and Edith, his sweet-voiced, red rouge and lipstick-wearing wife of 54 years, own Capilano Furs & Taxidermy Studios in North Vancouver. They have been in business since 1956.
“I have a Chinese client looking for two mounted bears,” Eugen says. (Translation: He has a Chinese client looking for two polar bear skins to be stuffed, stitched back together and posed, presumably fiercely, on pedestals for display.)
“I think we could see a skin sell for $12,000, maybe $14,000, but no more than that.”
Bob Desbiens, a trapper and retired North Bay elementary school principal seated to Edith’s left, offers his prediction: $20,000.
“$20,000?” Eugen scoffs. “That’s crazy.”
It is crazy. But China is crazy, crazy for Canadian polar bear furs — the rarest gems in a booming international fur trade — and crazier still for wild northern fur of every description: marten, mink, otter, lynx, silver fox, red fox, Arctic fox, beaver — even the wily raccoon.
The Chinese economic tiger’s appetite for furry Canadian critters has single-handedly revived an industry that, in the North American and European spheres, was left for road kill more than 20 years ago, done in by shifting consumer tastes and catchy animal rights slogans including, perhaps, the most famous of all: “I’d rather go naked than wear fur.”
Well, China’s new capitalists would rather wear fur than go naked. And that is good news for Canadian trappers, says Mark Downey, CEO of Fur Harvesters, a trapper-owned co-operative that markets North American furs to foreign buyers.
“When I started in this business the world’s biggest fur fair was in Frankfurt — and it no longer exists,” he says. “Now the biggest is in Hong Kong and the biggest after that is Beijing.
“China is driving the market. It is young people with money. They want fancy watches, cars and a Gucci coat — with a fox fur collar.”
Or else they want a polar bear. But let’s remember our Canadian history: Before oil made Alberta king, the industrious beaver made Canada a possibility, turning a land of lakes and rivers and emptiness into a resource for European haberdashers hungry for beaver felt — soft, pliable, perfect for hats.

Tyler Anderson/National PostEugen Klein and his wife, Edith Klein, of Capilano Furs & Taxidermy Studios in North Vancouver, bid on a polar bear fur.
Samuel de Champlain, no less, fought “The Beaver Wars” with the Iroquois in the early 1600s to secure the trade for the French. Then the English fought the French. Even the Dutch wanted a piece of the action that petered out in the 1850s, when silk hats became the rage.
Trappers joke that the fur trade is Canada’s second-oldest land-based profession. Frank Phillips, a retired conservation officer and trapper in Labrador, can’t say how far back his family’s fur-trading lineage goes.
“It has been passed down through generations,” he says.
Then he tells me a story, describing a nightmarish day at work, when the boss is being unreasonable, when stress is throbbing at your temples, when you want to run away and hide.
“I’ve never had one of those days trapping,” he says. “You come home tired, but it is a good tired.”

Tyler Anderson/National PostMuskrat, raccoon, beavers, badger, fox and other furs in cold storage at Fur Harvesters Auction Inc.
Bob Desbiens agrees, saying when all is said and done he wants his obituary to read: “Died in a creek somewhere, not in an old folks’ home.”
And yet, age is the enemy of the fur boom. Fur prices are increasing but so is the amount of grey on the average trapper’s head. Frank Phillips is 60, Bob Desbiens 59.
“There is a lot of competition for young peoples’ interests,” Frank says. “They hardly talk to you, let alone talk to you about trapping.”
Trapping is seasonal work. Work hard at it, in the current market, and a trapper can put $20,000 in the bank in three months. (Ten years ago Bob Desbiens was making $5,000 in three months.) Canadian fur exports topped $706-million in 2012, a 33% increase over 2011 — and more than double the value of exports in 2000. Year over year prices for individual pelts are up 30% on average and, according to the Fur Council of Canada, fur was featured in over “400 top designer collections” in 2013.
“I see the current boom lasting for the next five years, at least,” says Mark Downey.

Tyler Anderson/National PostFurriers examine various lots of furs the day before a big auction at Fur Harvesters Auction Inc., in North Bay, Ontario, June 17, 2013.
Fur Harvesters headquarters is a warehouse on the outskirts of North Bay. It is a place no animal lover should ever visit. There is a skating rink-sized “cold” room on the main floor featuring coat rack after rack of dead things. The place smells like a barn. Upstairs, more racks, showcasing a sampling of each auction lot (muskrats, raccoon, beavers, badgers, foxes), which prospective buyers peruse to gauge their bid price. (A bumper sticker stuck to a wall reads: “Kids who hunt, trap & fish don’t mug little old ladies.”)
Most of the perusing, however, occurs in an open room with several piles of polar bear skins — 148 in total — laid out for inspection.
Buyers in lab coats, with sharpened pencils in their breast pockets and measuring tapes in hand, sift through the stock, taking notes, chattering in Chinese, Japanese, English, Greek and Russian. Size (bigger is better), colour (whiter is better), fur thickness and degree of scarring (male bears often have multiple scars from fighting) help determine the price of a skin.
The free market does the rest.

Tyler Anderson/National PostA wolf fur rug at the North Bay auction house.
Steve and Janet Han are a father/daughter team shopping for skins for export to China for manufacture into rugs. (A rug can fetch $80,000; a stuffed bear as much as $100,000.) The Hans are originally from China. Janet, in her 20s, is an engineer. Steve says he is “too busy” with the fur business to do without her help.
“A polar bear is a rare thing, like a diamond,” Janet says. “That’s why people in China want it.”
They also want it because it might not be available for much longer. Canada narrowly won an international vote in March that, had it lost — and the Americans and Russians were in opposition — would have banned the international polar bear trade. The next vote is in 2016. For now, about 600 bears are harvested annually, with about 300 sold at auction.
“This is an absolutely fantastic story for native hunters,” says Andrew Derocher, a University of Alberta biology professor who has been studying polar bears for 30 years. “Polar bear furs are a treasure and for the most part the harvest, beyond parts of Baffin Bay and Western Hudson Bay, is of no concern.
“So why shouldn’t these hunters get the best price they possibly can for these animals?”

Tyler Anderson/National PostRacks of bobcat furs hang on a rack at Fur Harvesters Auction Inc in North Bay, Ontario, June 18, 2013.
It is time for the Main Event. I grab a seat beside Eugen and Edith Klein. Janet and Steve Han are directly behind us. Steve’s legs are jiggling. Madly. His glasses slip down to the tip of his nose.
“This is going to be a bloodbath,” Eugen whispers.
Mark Downey wears many hats in this fur enterprise, including chief auctioneer. He opens the bidding for an 11-foot skin with claws intact and good colouring at $14,000. Hands fly up. People holler numbers: $14,500, 15…19…SOLD…for $20,500, a new world record, smashing the previous mark by $4,500. (Some perspective: Five years ago a polar bear pelt could be bought for about $1,000). The room explodes with applause.
A few bears later another record: $22,000. (The hunter’s take after the auction house gets its cut is $20,250.)
After it is over, after everyone has exhaled, Eugen Klein ambles into the bear room and leans against a table.
“I need a Scotch,” he says.

Tyler Anderson/National PostMark Downey (C), CEO of Fur Harvesters Auction Inc. at Fur Harvesters Auction Inc., performs the role of auctioneer during a big sale in North Bay, Ontario, June 18, 2013.
The Kleins bought 10 skins, the most expensive for $16,000. It will take a month to mount and should sell for about $70,000. Eugen’s profit for the one bear — he works on several at a time — will be between $7-9,000. Edith appears, her sweetness temporarily gone. She walks right past her husband without saying a word.
“I think one of the bears I bought was a dog,” Eugen says, shrugging. “I’m just hoping not too much of a dog.
“But one thing I’ve learned in this business is that if you don’t have any merchandise — you don’t have anything to sell.”
National Post
Κοινοποίηση: 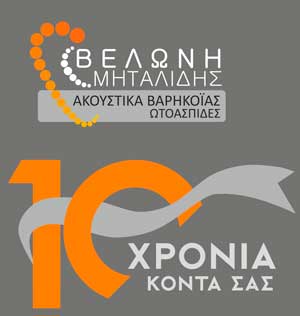 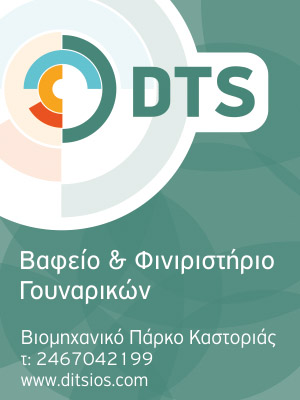 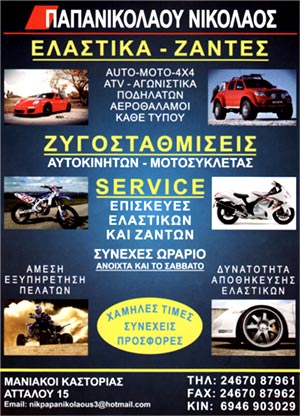